This month’s column is a departure from the normal 3 beers for two reasons:

1. I went to Beervana in Wellington; and

2. I got to make a beer for the Beervana “Media Brew Competition” with Behemoth Brewing Company.

The theme this year was “canning the flag debate”.  The task was to make a beer that represented what the New Zealand flag should be.  This competition is usually a chance for brewers to go a bit crazy… Epic put jet plane lollies in their beer one year, and this year’s winner was a pavlova flavoured beer.  We opted to be a little more subtle with our entry.

Our flag was the Buzzy Bee toy on a black background.  It was a manuka honey porter and we hit the theme by taking English base malts and layering New Zealand chocolate malt on top to give the beer its black colour (metaphorically, taking something English and painting it black!).  The hop we used was an English variety grown in New Zealand (to pay homage to our colonial roots with a unique NZ twist) and the manuka honey was there to provide something uniquely New Zealand.  We didn’t make the podium, but in a competition like this it is all about standing out.  I’m sure if there was an award for symbolic use of ingredients, we would have cleaned out… 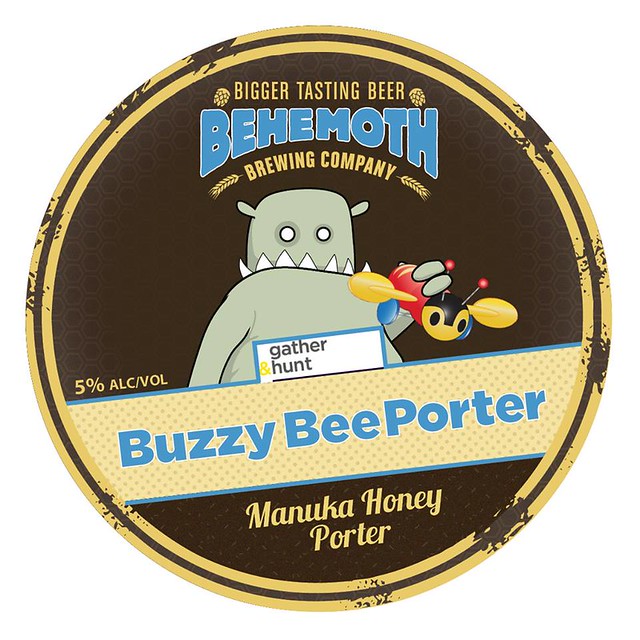 THE FESTIVAL – BIG IS BEAUTIFUL

While smaller festivals have a more intimate feel and a slightly greater focus on one-off or seasonal beers, Beervana is unashamedly a spectacle.  It’s kind of like comparing seeing your favourite rock band play a stadium with watching your favourite singer-songwriter play in a small jazz bar. Both are awesome in their own way. 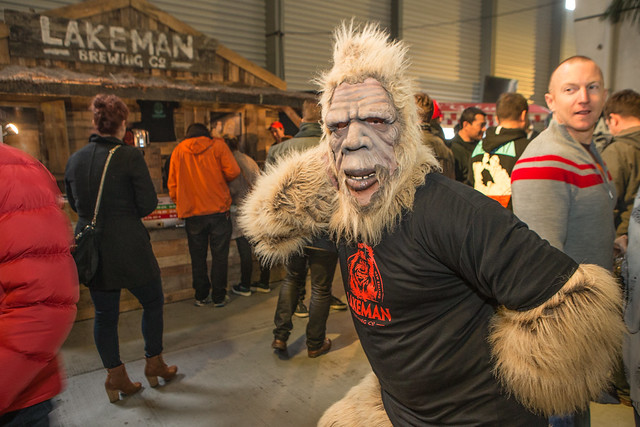 Nothing epitomised this more than the Garage Project stall… a custom built bar that looked like the main stage at the Big Day Out – they really embraced the theatre of Beervana.  Rather than making new beers per se, Garage Project like to remix their beers. This year they took a horopito and oyster stout and infused it with manuka smoke from a smoke gun right after pouring it.  They also topped a sour cherry beer with a chocolate foam. Previously they have done things like flash caramelise a beer in your glass with a hot poker, and created a beer slushie. 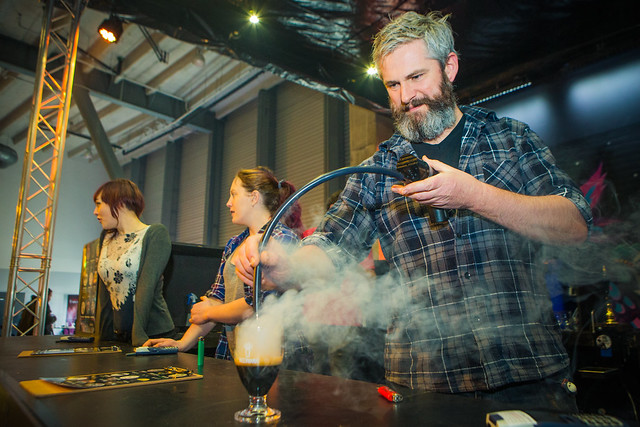 More generally, most of the breweries have their own stall now and have really embraced making something fun out of it, be it Panhead’s tattoo parlor, North End’s retro campervan converted into a bar or Tuatara’s old Land Rover that served as a beer dispenser. 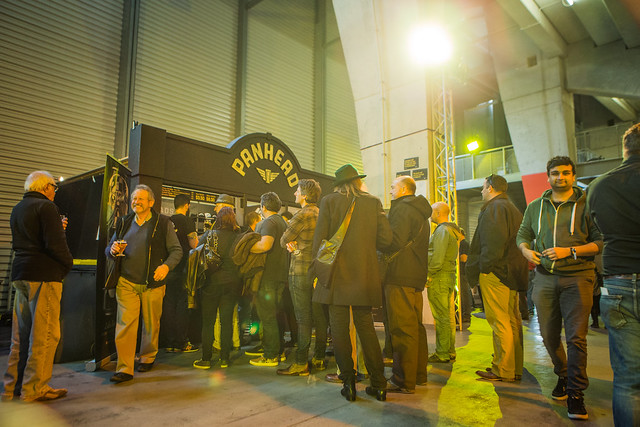 The scale and theatre doesn’t ever seem to make Beervana feel soul-less, one thing I always appreciate here is that the brewers are behind the bar. You might need to pick your moment when it’s busy, but having a chat about what you’re drinking with the person who made it is always fun.

Focusing on the beer, after my last column you’ll be unsurprised that Thornbridge “Cocoa Wonderland” and Sprig and Fern “Long Black IPA” were my two favourite beers. but I won’t bore you with too much more talk of dark beers with coffee and chocolate. My other highlights were “Apres Ski” by Tuatara (a spiced beer that tastes like mulled wine), “6ft5 IPA” by Behemoth (a deliciously balanced IPA) and the NZvsEngland pair from Renaissance (two versions of the same beer, one made with NZ ingredients and the other with English).

There is also a whole other side to the festival that I didn’t personally partake in with seminars (beer and cheese matching anyone?) and home brewing master classes.  So you can learn something during the fun.

FOOD AT THE FESTIVAL

I was just as excited about the food this year as I was about the beer, which was a surprise. Martin Bosley curated a group of Wellington restaurants to provide the food, and the variety and quality available was mouthwatering. While my wife ate fresh oysters from the Boz+Co stall almost exclusively, I ate: popcorn chicken with sriracha mayo, four different kinds of dumplings, a blue cheese and mushroom croquette, mac n’ cheese made with smoked cheese, mexican empanadas and a delicious burger. Americana is definitely still in, though there was plenty more than that on offer, it’s just what I gravitated towards! In case you were wondering, yes I was sharing with a group, otherwise there would have been no room for beer… 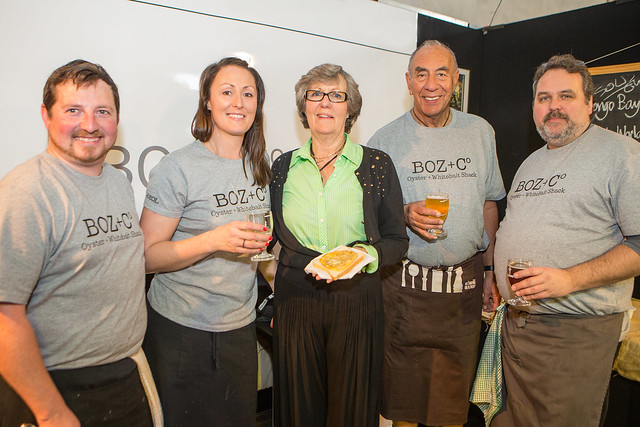